It was such an honour to be painted for the 2016 Archibald Prize by the very talented Kate Beynon. It was even more exciting that the portrait Claudia, Spartacus and the Robots was selected as a finalist!  Kate Beynon, who is a 6 time Archibald finalist, was a guest on Claudia’s tour China : Art Deco to Art Now. After a few cocktails in a swanky Shanghai bar, Kate asked Claudia to be her subject for the 2016 Archibald Prize. After another cocktail, it was a done deal!

When discussing her inspiration for the painting, Kate said ‘I was struck by Claudia’s distinctive style, knowledge and energy, and saw her as a contemporary art deco goddess.’

‘The trip was a source of inspiration, and I wanted to reflect on our shared mixed Chinese ancestry. The qipao Claudia wears connects with our Shanghai experience and my interest in mask imagery. When I sketched her in Sydney, I was intrigued by her extensive collection of vintage toys. I wanted to portray Claudia with Spartacus (her and her husband Stewart’s Basenji) surrounded by an entourage of robots. Some I adapted: the group of astronauts became a mini self-portrait with family and I enjoyed inventing a few “creature-bots”.’

Born in Hong Kong, Kate Beynon migrated from the UK with her family in 1974. She attended the Victorian College of the Arts, and received an Australian Postgraduate Award to undertake her PhD at Monash University. Participating in over 125 exhibitions, Beynon has been a finalist in the Sulman, Portia Geach Memorial Award and Moran Prizes, and the 2016 Gold Award. A six-time Archibald finalist, she was highly commended in 2010.

Following its time at the Art Gallery NSW, the Archibald Prize exhibition goes on tour. 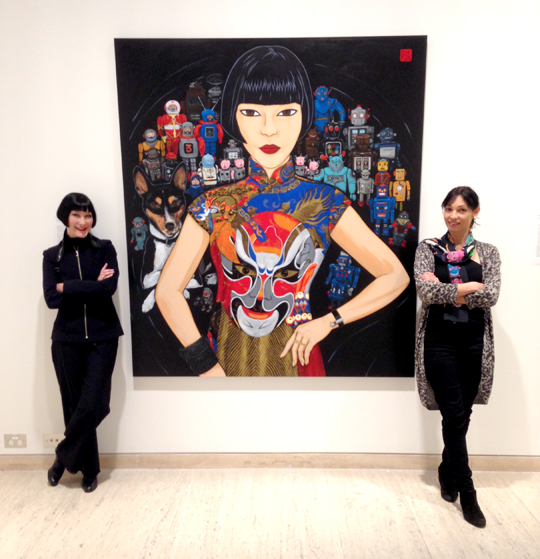 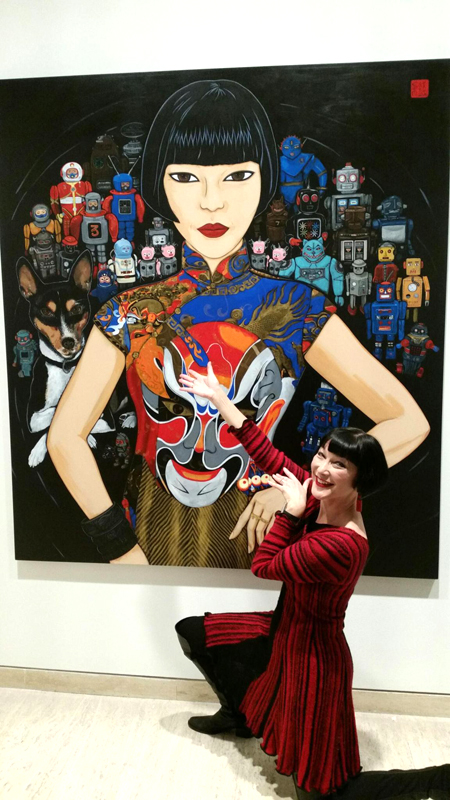 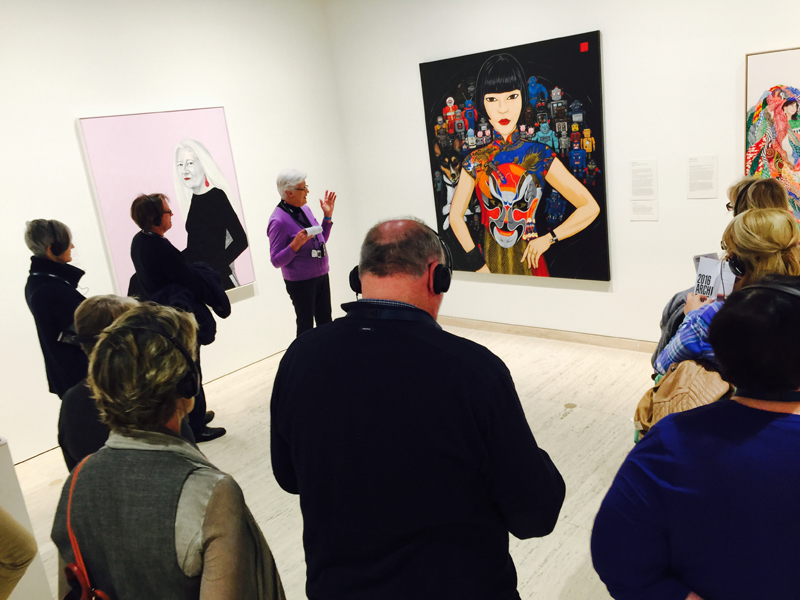